Poland-Lithuania Power Interconnection - Formal beginning of the construction works on the part of Lithuania
On 5 May 2014, in Lithuanian Alytus, the ceremony was held on the occasion of beginning the construction works on the power interconnection between Alytus and the border of the Republic of Poland. The ceremony was attended by Dalia Grybauskaite – President of Lithuania and Jaroslav Neverovič – Minister of Energy of Lithuania, Deputy Voivode of Podlasie – Wojciech Dzierzgowski, Henryk Majchrzak – President of PSE and Cezary Szwed - Member of the Board of PSE. 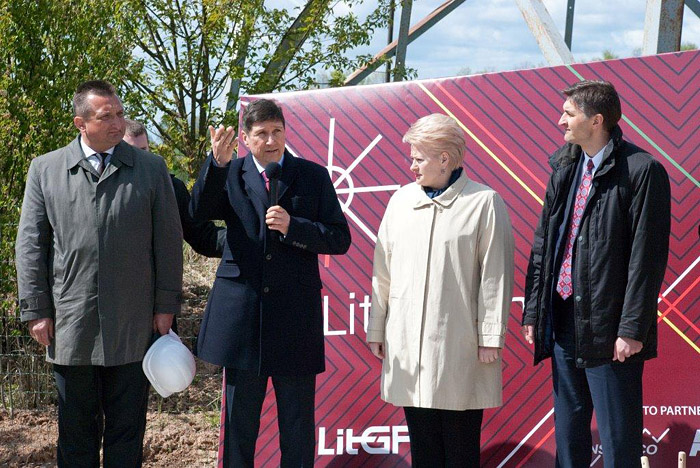 Currently, the Lithuanian transmission system is not connected to the European system. Thanks to this Project, the European market and the electricity markets of the Baltic States (Lithuania, Latvia and Estonia) will be interconnected with continental Europe, which will allow to close the so-called Baltic Ring. The Poland-Lithuania interconnection will also improve the energy security of Poland and Lithuania and will make the export and import of energy possible.

On the Polish partof  the Project, the Poland-Lithuania power bridge covers not only building the line from the Ełk Bis substation to the border of the Republic of Poland, which will be connected with the Lithuanian Alytus substation. At the same time, the power lines and substations in the regions: Mazowieckie, Podlaskie and Warmińsko-Mazurskie are being constructed and modernised. In total, under the Project 11 large investments in the network infrastructure are implemented, which will enhance the reliability of power supply to Central and North-Eastern Poland and thus the possibility of the economic development of the region.:

The total value of all investments under the Poland-Lithuania Power Interconnection is about PLN 1.8 billion.

The Poland-Lithuania Power Interconnection Project is co-financed from the EU funds within the framework of the Operational Programme Infrastructure and Environment 2007-2013. This Project matches the objectives of the Programme’s Priority X, through the implementation of investment tasks which aim at increasing the energy security of the country, by means of the development of the power transmission system.